The COG, at its 22Â° edition, has been able to attract more than 400 exhibitor from 29 different Countries, consolidating its posistion as the leading and largest event in the Caspian regionâ€™s oil and gas industry. The exhibition was officially opened by the President of the Republic of Azerbaijani, His Excellency Ilham Aliyev, and as a tradition he congratulated the participants, visitors and organizers of the event.

The impact of the COG 2015 on GAS has been positive, the event presented a greater opportunity to strengthen existing relationships and meet new opportunities of business, especially considering the great growth of our branch in Baku, that in less than three years has been able to solidify its position in the region, being involved in major oil and gas projects of the Caspian region. We are proud to affirm that today GAS is the main sub contractor for survey and positioning within ‘Shah Deniz 2’ project.

The Italian Ambassador Giampaolo Cutillo visited our stand at COG 2015 and congratulated with our staff, stressing the importance to strengthen the relationship with the azeri people and to consolidate italian presence in this Country.

GAS strongly believe that activities will continue developing even further in the future, with a steady expansion of its customer base and with an increased capability of taking advantage of all the opportunities that will show up in Azerbaijan in the years to come. 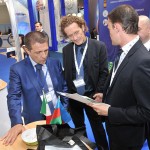 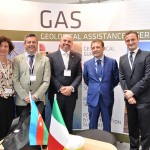