Salta al contenuto
Home/News/Story of an internship in Lighthouse

Story of an internship in Lighthouse

Student of the “II level Master in Petroleum Geoscience â€“ 2015/2016 edition” , organised by the Department of Sciences of the University of Basilicata, Alessandro has attended one-year master course which covers a wide range of subjects in the geoscience by integrating the research-based expertise of the academic world with the methods and practices of the modern petroleum industry.

Realised in cooperation with Shell Italia E&P, Total E&P Italia and ENI S.p.a., the Master Course aims at preparing young and motivated graduates to enter in the petroleum business. After all the seminars (both theoretical and practical) the master comes to its final phase with the internship of three months in a company operating in the fields of Energy or Oil&Gas.

â€œMy tutor, professor Giacomo Prosser, proposed me a couple of companies, so that I could read and evaluate their projects and the activities proposedâ€ tells Alessandro. â€œI quickly understood that Lighthouse could offer me a good project and â€¦ in hindsight, it was a good choiceâ€. Alessandro spent three months in Lighthouse, following the assigned project and producing a final report that would represent the final thesis of the master itself. â€œThe project proposed by Lighthouse, in agreement with Eni S.p.A. (provider of the analysed seismic data) and the University of Basilicata, consisted in the interpretation of a 3D seismic volume in order to assess the Shallow Hazardsâ€ describes Alessandro.

â€œDuring the internship period, I confess I had some moments of despair, because I had never interpreted a 3D seismic volume before, nor ever seen some of the softwares used by the processing department staffâ€ continues. â€œI have to thank the professionalism of my Tutor, Maria Rosaria Di Florio, head of the processing department, that followed me step by step, indicating the right way to proceed. The contribution of Rosaria, together with the valuable suggestions of the processing team (Pierpaolo Chiarandini and Sabina Melandri), allowed me to conclude my project in the best way possible. The final report was therefore presented December 21, 2016 to the final examination committee of the Master, arising not only interest, but also the compliments of the entire commission. Iâ€™ve been satisfied not only by the final project but also by the method to reach this result.â€

â€œThe Master was a crucial pathâ€ continues Alessandro. â€œDuring several years of research at the University of Catania I could study stone materials of historical and artistic interest, together with researches on Etnaâ€™s Volcanic Ash emissions, trying to verify the possible interactions with the human body. The Master gave me the opportunity to specialise in subjects just treated marginally before, giving me excellent tools to spend on future job positions, both in academic research and in private industryâ€.

Also Giacomo Prosser appears positively impressed by the experience of his student: â€œI am really satisfied about the cooperation with Lighthouse. The project developed during the internship has been very precisely defined during preliminary discussions with the Tutor Maria Rosaria Di Florio. The technical and administrative staff of Lighthouse has been highly professional in all the phases that lead to the final approval of the project. This led to a very successful experience for Alessandro Giuffridda, who presented an excellent work during the final examination. I hope that we will have the chance to cooperate with Lighthouse also during the next editions of the Masterâ€.

…So Alessandro, what are you going to do in the future? â€œPrior to the internship, I was very keen to pursue an academic career, but after the experience in Lighthouse I realised that also the private sector can be interesting and give great satisfactions..letâ€™s see!â€ 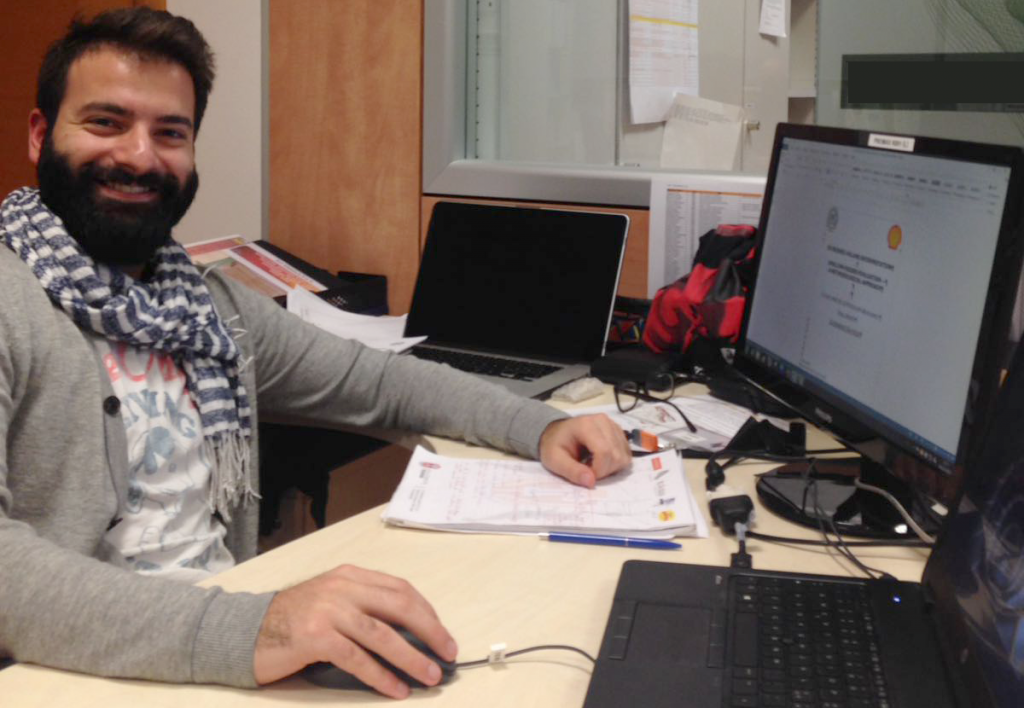